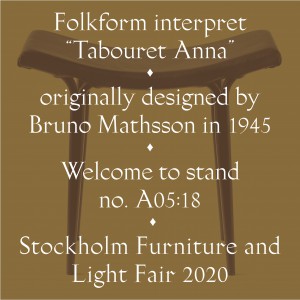 In their new interpretation of the tabouret, Folkform’s ambition is to challenge the classic shape drawn by Bruno Mathsson by means of combining materials and techniques in new ways. The covering is made of leather from the Tärnsjö tannery and in the same dark brown tone used for the benches Folkform designed for the National Museum in 2018. The legs are pigmented with varnish in dark brown. 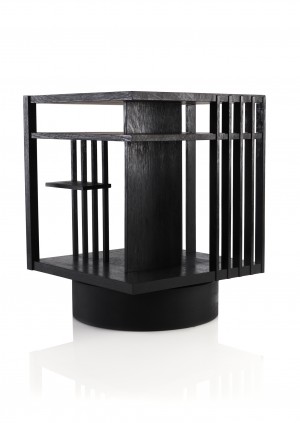 From today it is at last official that the revolving bookcase will be on display at Svenskt Tenn and part of their collection. Welcome!
Exhibition “Local Design”
16 September – 16 November 2016
Address: Strandvägen 5
Stockholm
www.svenskttenn.se 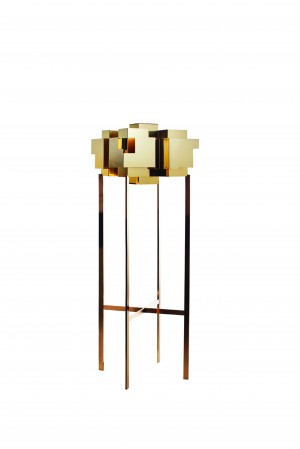 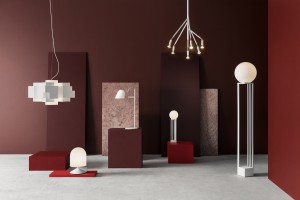 Örsjö belysning celebrates its heritage with Folkform designed-display.
Hope to see you there!
Stockholm Furniture and Light Fair
5-9 Feb 2019
Stand A07:11 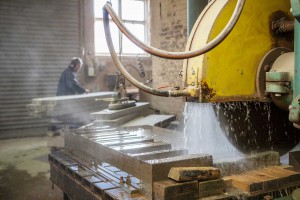 Almedalen week is an annual event taking place June 28th to July 5th in and around Almedalen, a park in the city of Visby on the Swedish island Gotland. With speeches, seminars and other political activities, it is considered to be the most important forum in Swedish politics. During the week, representatives from the major political parties in Sweden take turns to make speeches in Almedalen.

Folkform will be represented at Almedalen Week between June 29th and July 2nd. Come and listen to our talk at Svensk Form on the 30th of June, 7.30pm-10pm ”Arkitekturträdgården”, Strandgatan 16 A.
WELCOME! 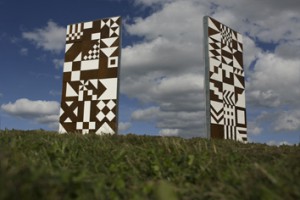 Black and White Fractional Numbers
Sculpture inspired by mathematical fractional numbers, the black and white squares are divided into geometric shapes each representing a mathematical problem.
The patterns were created during a workshop with the children at the school.
Vansta, 2013 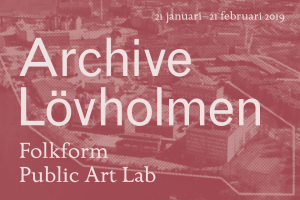 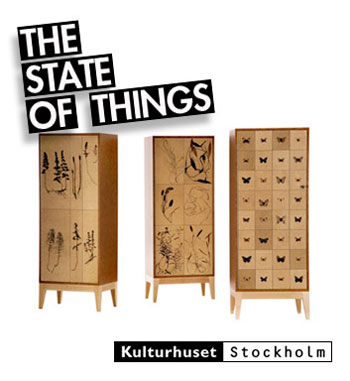 FOLKFORM is invited to the exhibition “The State of Things”

The exhibition will focus on work by a new generation of swedish designers who explore the narrative potential of objects. Featured designers are Zandra Ahl, Anders Jakobsen, Anders Ljungberg, Per B Sundberg and Sandra Backlund. {---}

The collectors Cabinets will be on show from 4th of June-5th of september.

Welcome to the opening on the 4th of June at Kulturhuset.